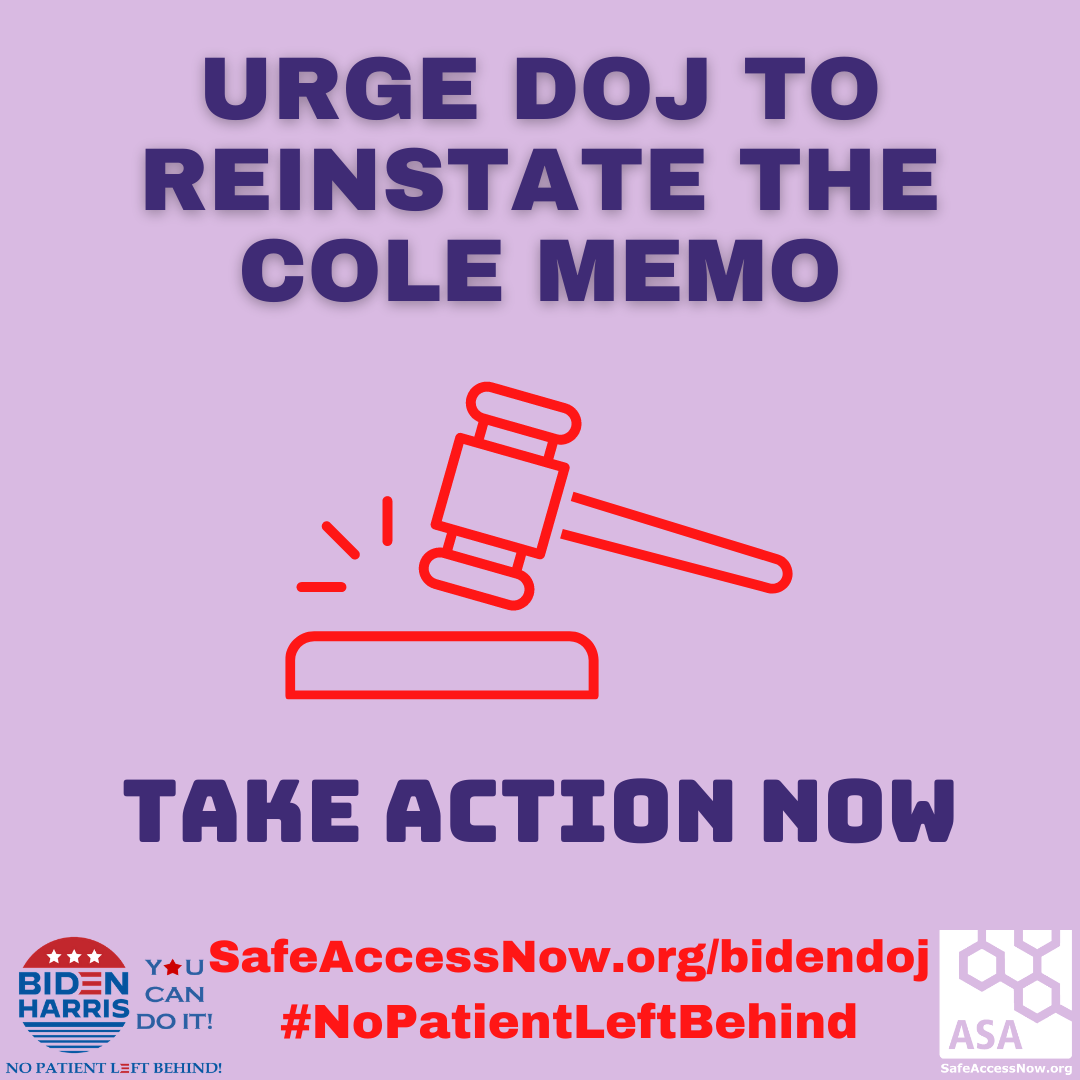 One simple first step that the Biden administration can take to offer such assurance is to update and reissue the Cole Memo and FinCEN guidance. Together, these guidance documents will clearly define federal compliance on how state-licensed medical cannabis businesses can address both business and financial service activities. The Cole memo, rescinded by the Department in 2108, had previously directed federal prosecutors to take a hands-off approach to prosecuting cannabis cases in states where medical cannabis possession, use, and sale is authorized. The Cole Memo also reassured banks and credit unions that they could do business with the legal cannabis industry without risk of federal penalty in an industry that must still largely operate in cash.

As of 2017, there were between 20 and 28 thousand operating cannabis businesses in the U.S. Today the state-licensed cannabis businesses across the country are worth an estimated $61 Billion. Despite surging unemployment amid the pandemic, the cannabis industry managed to add 77,300 full time jobs in the past year alone, bringing the total number of individuals employed in legal cannabis to an estimated 321,000.

These employees operate an essential industry that produces medicine that millions of patients across the country rely on to mitigate symptoms and address underlying health challenges that affect their lives daily. The patients who rely on this treatment are mothers, fathers, children, families and colleagues using medical cannabis to address health conditions ranging from chronic pain caused by arthritis to intractable seizures. It is important that these thousands of employees, millions of patients, and billions of dollars in investments, both by private companies and state governments, have reassurance from the new administration that their pathways to medicine will be preserved and that this new administration will focus on cannabis medicine solutions.

In February, when questioned by Senator Cory Booker in his nomination hearing, Attorney General nominee Merrick Garland stated that he would reinstate the Cole Memo and that he had no plans to interfere with cannabis businesses operating in compliance with state law. While patients, physicians, researchers and advocates are anxious to see this administration pivot to organizing a comprehensive approach to medical cannabis, reissuing the Cole Memo will give patients comfort that a pathway to federally sanctioned cannabis medicine is a priority of this administration and that patients will not be left behind.

Please join ASA in urging Attorney General Garland to hold true to these words by reissuing the Cole Memo.