Pledges Not to Interfere with State Legal Cannabis Businesses 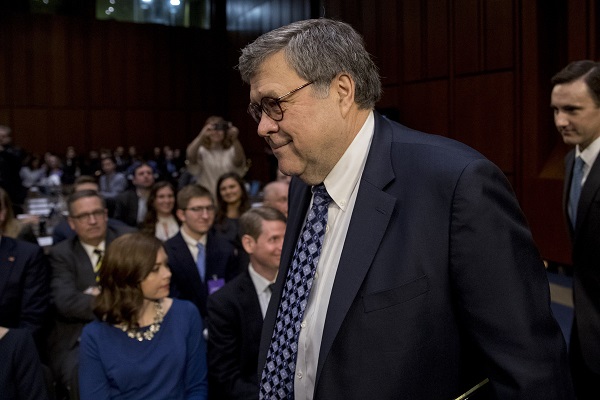 “My approach to this would be not to upset settled expectations and the reliant interests that have arisen as a result of the Cole memorandum,” Barr said, referring to the Justice Department document that previously laid out the department’s enforcement priorities. Barr added “I think it’s incumbent on the Congress to make a decision as to whether we’re going to have a federal system or whether it’s going to be essential federal law. This is breeding disrespect for the federal law.”

Barr went on to express his personal opposition to legalizing cannabis but indicated that it was up to Congress to rectify the conflict between state and federal policies. Sessions, Barr’s predecessor, was an outspoken opponent of cannabis who frequently questioned the value of cannabis as a medicine.

“William Barr’s commitment to former DOJ policies on medical cannabis is a refreshing and level-headed departure from the fear we lived in during the Sessions reign. While he is not a supporter of cannabis, he is joining patient advocates in our call to Congress to “get there in the right way” said Steph Sherer, President and Founder of Americans for Safe Access. “Creating a federal medical cannabis program would require things patient really care about like product safety, standardized, reliable products and a pathway to medical reimbursement or insurance coverage.”

Barr’s comments are consistent with a budget provision known as the Joyce-Blumenauer CJS Medical Marijuana Amendment that prevents the Department of Justice from spending money to interfere with state medical cannabis programs. Prior to the CJS Amendment’s passage, the Department of Justice spent nearly $600 million dollars interfering with medical cannabis programs and prosecuting patients.