With New York State regulators saying its medical cannabis program will not be operational until early 2016, officials are pressing for a stopgap solution.

In his follow up letter to the DOJ, Acting Health Commissioner Howard Zucker wrote, "As a pediatrician myself, I cannot urge you enough to consider this exception to the present law, as we all only want the best for these young patients" who suffer from intractable seizure disorders.

New York has proposed vetting producers in other states where CBD-rich medical cannabis products are being legally manufactured, most likely Colorado. Those producers would have to meet both New York’s licensing standards and those in the state in which they operate, as well as demonstrate  “sufficient moral character.”

Patients and Industry Win in Nevada

Medical cannabis patients and industry stakeholders in Nevada teamed up last month to defeat a proposal to limit the number of licensed cultivation facilities in the state. More than 100 patients, industry workers, lawmakers, and other stakeholders persuaded the state’s Division of Public and Behavioral Health (DPBH) to scrap the plan. 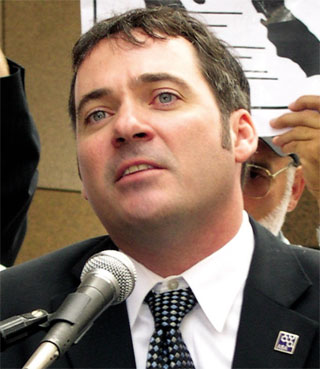 Law enforcement lobbyists were pressuring the Division to limit cultivation statewide, but Americans for Safe Access (ASA) and other stakeholders told DPBH staff that doing so would choke off access to medicine for legal patients.

Most of the victory was won in advance. ASA and other stakeholders talked to staff in advance to be sure they understood the complicated factors that affect the quantity of medicine a patient needs, how much medicine a cultivation center can produce, and how both can change over time. Phone calls, emails, and memos sent to policymakers before the hearing made a difference.

“Once medical cannabis laws are passed, it takes a lot of hard work and diligence to implement them properly,” said ASA’s Don Duncan, who helped organize the response. “ASA was able to help in Nevada because local members and industry leaders alerted us to the proposed change in regulations and helped turn out a crowd.”

Crucial to the Nevada effort was work done by National Licensing Services (NLS), a leader in medical cannabis licensing in the state, who recognized the threat and helped facilitate an effective response.

The Pennsylvania state Senate overwhelmingly approved a bipartisan medical cannabis bill late in September by a vote of 43-7. Only a handful of days remain in the legislative session for the House to consider the bill, but the historic vote marks the first passage of any such bill in the state.

Sponsored by state Sen. Daylin Leach, D-Montgomery, the restrictive bill would only allow consumable forms of medical cannabis such as oils, edibles and tinctures. Any smoking or vaporizing would remain prohibited. If enacted, up to 60 cultivation licenses would be issued, and up to 130 for distributors.

Sen. Leach has previously introduced other medical cannabis bills without success. This bill was offered with the support of state Sen. Mike Folmer, R-Lebanon, a conservative voice in the chamber, who opposed medical access until he studied the issue.

Lobbying by parents seeking to treat their children’s serious neurologic disorders included emotional testimony on the challenges of treating conditions such as Dravet’s Syndrome that can result in hundreds of seizures a week. Following that testimony, the Appropriations Committee revised the bill to restrict it to orally consumable forms of medical cannabis and to limit the eligible conditions to cancer, PTSD, MS, and neurological conditions such as epilepsy.

The Pennsylvania House reconvenes on October 6. The session ends in mid November. Polls have shown as much as 84 percent support in Pennsylvania for safe access.

Almost 1.5 million Californians are using medical cannabis, according to a peer-reviewed study published last month, and 92 percent of those surveyed reported that "medical marijuana helped alleviate symptoms or treat a serious medical condition." Researchers at the Public Health Institute found medical cannabis use in the state spanned all ages, genders, races, and geographical regions.

The study, "Prevalence of medical marijuana use in California, 2012," published in the academic journal Drug and Alcohol Review, is the first time the rate of medical cannabis use in California has been examined, according to its authors, Suzanne Ryan-Ibarra, Marta Induni and Danielle Ewing of the Survey Research Group.

That 92 percent of medical cannabis users reported it to be effective for a serious medical condition surprised the team. “To get that kind of agreement on anything is pretty astounding," they said, and "contradicts commonly held beliefs that medical marijuana is being overused by healthy individuals."

More information:
Prevalence of medical marijuana use in California, 2012

Statewide cannabis initiatives may have failed to make the ballot for 2014, but California voters will decide 12 local measures in 10 different cities and counties on November 4.

ASA’s Nevada County Chapter is sponsoring Measure S to reform cultivation rules there. In Southern California, voters in Encinitas and La Mesa will vote on allowing storefront patients’ collectives in November – Measure F and Measure J, respectively. ASA will hold a live Google Hangout on October 16 to go over these measures.

Medical cannabis is on the county ballots in Butte, Lake, Nevada, Santa Cruz and Shasta counties, as well as the city ballots of Encinitas, La Mesa, Santa Ana and Santa Cruz.

Leafly Partnering with ASA on Info

Leafly, the web-based service finder for dispensaries and doctors, as well as information about strains, is partnering with Americans for Safe Access to provide online tools to patients and medical professionals.

Leafly will be producing articles and other resources to help educate people on medical
cannabis and its importance in many patients’ lives.

After having twins four years ago, Kelly Sachs was looking for something intellectually stimulating to do with her limited free time. Kelly and her husband, John, who live with their children on a farm in Palm Beach County, Florida, were toying with a return to their native Colorado until Amendment 2, the medical cannabis initiative, qualified for the ballot. 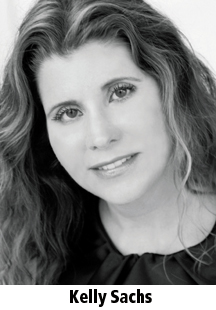 A year ago, Kelly started researching the issue and discovered that the two organizations that kept coming up were Americans for Safe Access and the Cannabis Training Institute (CTI). After deciding to take the CTI courses, she spoke by phone several times with CTI Director Greta Carter, who helped her map out a path to take to becoming an effective advocate. That included a trip to Washington, D.C. to participate in ASA’s National Unity Conference and Lobby Day. Attending panel discussions and helping out Greta proved educational, but “it was the Lobby Day that solidified it” for her. It was then that she not only met more of the patients who are most deeply affected by medical cannabis laws and federal prohibition but also got to hear more of their stories.

“When I met the patients, I realized that when I went home, this was what I needed to do,” Kelly says. “There are people who need cannabis but can’t do it for themselves – kids with epilepsy, kids with cancer.”

Upon her return to Florida, Kelly hit the ground running with the Amendment 2 campaign, working to be a voice for those who don’t have a voice.

That included going door to door, talking to business owners, doctors and lawyers, and organizing a Palm Beach County chapter of ASA. At the first meetings, nine or ten people would show up. Last week, 24 people attended, eager to find out how they can help pass Amendment 2.

The focus of much of Kelly’s energy right now is marketing CTI’s medical cannabis conference in Ft. Lauderdale on October 11, where ASA Executive Director Steph Sherer will be the keynote speaker. She is also working hard on educating and mobilizing voters, including an October 8 event for Palm Beach Islanders. One of the challenges in Florida is overcoming confusion over the legislative bill passed in June that only allows for cannibidiol (CBD) extracts for a limited number of conditions.

Kelly is convinced Amendment 2 can pass, nonetheless, and is already planning presentations in Tallahassee for lawmakers on ASA’s Patient Focused Certification program.

If you haven’t yet, register now for the 3rd Annual National Medical Cannabis Unity Conference, to be held March 27-31, in Washington, DC at the Loews Madison Hotel.  Unity 2015 is your place to gather with other patients, providers, activists, medical and legal professionals from around the country to exchange ideas and learn how to navigate this new political landscape.

Following the conference, there will again be a citizen lobby day on Capitol Hill where you will have a chance to directly influence federal law and policy. Research shows that your citizen lobbying is six times more effective than lobbying by special interest groups. Last year more than 300 advocates participated in our lobby day.

ASA members get special discounts at nationalmedicalcannabisunityconference.org. Not an ASA member?  No problem.  Become a member of ASA today and you can take advantage our members discount program.

Action Alert: Get informed at VoteMedicalMarijuana.org

Every vote you cast is a vote on medical marijuana. VoteMedicalMarijuana.org helps you evaluate candidates based on their legislative records on medical marijuana policy. ASA will be running TV ads about it in selected markets this month to coincide with the unveiling of the website redesign. Before you go to the polls in November, get informed at VoteMedicalMarijuana.org.