ASA is suing the federal government over recent attacks on medical cannabis in California. The lawsuit alleges that the Department of Justice is illegally coercing local and state officials with threats of prosecution for implementing state law.

The federal lawsuit, filed in San Francisco District Court on behalf of ASA’s 20,000 members in California, argues that federal prosecutors are trying to dismantle the state’s medical cannabis law, in violation of the Constitution’s 10th Amendment. 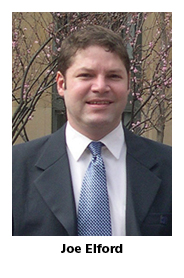 “Medical cannabis patients are not exempt from federal laws, but the 10th Amendment forbids the federal government from using coercive tactics to commandeer the law-making functions of the state," said ASA Chief Counsel Joe Elford, who authored the suit. “The recent intimidation tactics of the Department of Justice are nothing if not coercive.”

In recent weeks, U.S. Attorneys in California have threatened local elected officials and city staff with criminal prosecution if they implement regulations for medical cannabis dispensing collectives in their communities. Federal prosecutors have also threatened to seize city buildings where licenses for dispensaries are issued or other medical cannabis regulations are administered.

Federal threats include formal legal warnings to local officials in Arcata, Chico, El Centro, Eureka, Sacramento and other municipalities across the state.

In Eureka, the city council received a similar letter from the U.S. Attorney for the Northern District stating that the city's publicly vetted licensing plan "threatens the federal government’s efforts to regulate, the possession, manufacturing, and trafficking of controlled substances." The U.S. Attorney specifically threatened that, "[i]f the City of Eureka were to proceed, this office would consider injunctive actions, civil fines, criminal prosecution, and the forfeiture of any property used to facilitate a violation of [federal law]." Because of these threats, the City of Eureka has suspended implementation of its local ordinance.

The escalation in tactics follows a rare joint press conference of all four US Attorneys for California, in which they announced stepped up enforcement against medical cannabis activities in the state, including targeting publications and other media that accept advertising promoting medical cannabis.

Federal prosecutors have also targeted California landlords who rent space to dispensing collectives, threatening them with criminal prosecution and asset forfeiture if they do not evict their tenants within 30 days.

These threats are in addition to raids conducted throughout California, including an early morning DEA raid Oct. 13 on Northstone Organics, a licensed cultivation collective in Mendocino County. Federal agents handcuffed the collective's founder and his wife and confiscated all 99 plants, each of which were had zip-ties indicating they were registered with the Mendocino Sheriff's Department.

Mendocino County Supervisor John McCowen called the DEA raid on Northstone "outrageous," and said in a statement that "[t]he elimination of dispensaries that operate legally and openly will endanger patients and the public."

ASA’s lawsuit acknowledges that the U.S. Supreme Court has ruled that federal prosecutors may bring charges against state-authorized medical cannabis patients and providers but distinguishes that from the commandeering of California's legislative function. The lawsuit states that this commandeering and intimidation of state and local officials is a “misuse of the government's Commerce Clause powers, designed to deprive the State of its sovereign ability to chart a separate course, that forms the basis of plaintiffs' claims."

On Oct 7, the four U.S. Attorneys for California held a rare joint press conference in Sacramento to announce they will be more aggressively targeting medical cannabis providers, including going after landlords who rent to collectives and media outlets that accept advertising from them.

H.R. 1983, which is co-sponsored by Rep. Rohrabacher, is a bill that would reclassify medical cannabis at the federal level and allow states to develop, implement and enforce their own laws.

"Tactics like these are a completely inappropriate use of prosecutorial discretion by the Department of Justice," said Joe Elford, ASA Chief Counsel. "President Obama promised a different policy on medical cannabis. He needs to rein in these prosecutors and other agencies."

In addition to raids, prosecutions and forfeiture threats from the DOJ, federal intimidation tactics aimed at medical cannabis providers have also been employed in several states over recent months by Housing and Urban Development (HUD), the Federal Deposit Insurance Corporation (FDIC) and the Internal Revenue Service (IRS).

Since President Obama took office, there have been more than 150 federal raids in at least seven states. The U.S. Attorneys in ten of the 16 states that have made medical cannabis legal have sent letters this year threatening local and state officials with criminal prosecution if they adopted proposed medical cannabis laws or regulations.

The threats to public officials mark a new escalation in the federal campaign against medical cannabis, though the letters threatening landlords is a continuation of a tactic begun under George W. Bush. More than 300 property owners throughout California received such threats in 2007, though no criminal or forfeiture enforcement actions were ever pursued.

“Why so many federal agencies, in a time of fiscal crisis, would be devoting scarce resources to undermining state programs that aid that sick and dying is unfathomable,” said ASA spokesperson Kris Hermes. “The American people overwhelmingly support safe and legal access to medical cannabis, and their elected officials should be free to implement laws to regulate that.”

In a letter sent to the White House late last month, representatives from California, Colorado and Tennessee called the targeting of state-licensed medical cannabis dispensaries “unconscionable” and called on the President to reschedule cannabis to make it available as a medicine. The letter also urges support for the States' Medical Marijuana Patient Protection Act, legislation introduced by Rep. Barney Frank (D-Mass.) that would prohibit federal interference in state medical cannabis programs.

"It is critically important for patients to have safe access to this treatment that continues to be recommended by doctors. California voters decided to adopt clear regulations to allow patients to do just that,” Rep. Sam Farr told the media after the letter was sent. “It is unfortunate that the federal government has decided to target these legal vendors instead of focusing limited resources on those who sell illicit drugs."

The other members who signed the letter are California Democrats Mike Thompson, Bob Filner, Barbara Lee, Pete Stark, Lynn Woolsey, and Republican Dana Rohrbacher, joined by Democrats Jared Polis of Colorado and Steve Cohen of Tennessee. Staff from Americans for Safe Access’s Washington D.C. office worked with the representatives in preparing the letter.

"We write to express our concern with the recent activity by the Department of Justice against legitimate medical cannabis dispensaries in California that are operating legally under state law," the letter said.

The four U.S. Attorneys in California announced Oct. 7 that they were stepping up enforcement actions against dispensaries in the state. The announcement follows a Department of Justice memo issued June 29 stating that anyone involved with medical cannabis programs, even those expressly legal and licensed under state law, is subject to federal prosecution and asset forfeiture.

"It is our strong position that local and state governments must be allowed to develop, implement and enforce their own public health laws with regard to medical cannabis," the letter stated.

The Representatives also noted that the recent escalation in California follows months of federal interference in other state medical cannabis programs, including federal raids in seven states. Americans for Safe Access has documented 125 medical cannabis raids under the Obama Administration.

More information:
The letter to President Obama from members of Congress

The federal approach to medical cannabis was condemned as “failed public helath policy” in a statement issued by the California Medical Association Oct. 14.

The CMA statement flatly states that “cannabis must be moved out of its current Schedule I status” because that classification has severely hindered researchers from fully establishing the medical value of cannabis.

The CMA notes that the U.S. classification of cannabis has limited clinical trials in the U.S. while international research proceeds. The statement suggests that the easiest way to remove the current barriers to research and treatment is to make all cannabis use and possession legal.

Earlier this summer, the CMA issued its “Physician Recommendation of Medical Cannabis,” which provides guidance to doctors on how they may treat their patients with cannabis.

Only weeks after issuing a report finding that crime is lower around medical cannabis dispensaries in Los Angeles, the respected RAND Corporation withdrew it under pressure from law enforcement and other opponents of safe access.

A spokesman for RAND said they pulled the study because of “questions raised by some folks following publication.” The office of L.A. City Attorney Carmen Trutanich, a staunch critic of medical cannabis, was “the organization most vocal in its criticism of the study,” according to RAND.

The City Attorney’s Office assailed the report’s conclusions as “highly suspect and unreliable,” though the only potential problem acknowledged by RAND is that the report analyzed crimes reported by the community and not those independently reported by law enforcement officers.

The RAND study analyzed crime reports for the 10 days before and after the city ordered the majority of L.A.’s dispensaries closed, comparing crime rates within a few blocks of the 430 dispensaries that closed to the 170 dispensaries that remained open. Researchers found that crime increased in areas where dispensaries were closed, concluding that there was “no evidence that medical marijuana dispensaries in general cause crime to rise.”

Urge your Representative to Co-Sponsor HR1983!

Contact your Representative today! Urge support for HR 1983, the States' Medical Marijuana Protection Act of 2011, which would provide a medical necessity defense for patients and caregivers in federal court. Introduced by Representative Barney Frank (D-MA), HR 1983 also reclassifies marijuana to a level that would allow doctors to prescribe it like other medications.

You can reach your Rep by calling the Capitol switchboard at 202-224-3121. Or take action online now at AmericansForSafeAccess.org/NewBills.