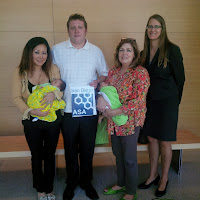 San Diego CA - Just days after legal cannabis patient RonnieChang’s federal incarceration came to an end freeing him to return to his elderly mother, Crispin Price sits in court with his attorney, federal defender, Bridget Kennedy and hopes he will not have to go to prison too - even though he also followed California medical cannabis laws and took all measures to comply with them.

I reflected on the report by Americans for Safe Access titled What’s the Cost? as I walked into the new 16 story downtown courthouse at 333 W. Broadway to attend Crispin’s hearing. The ASA report details how much of our federal tax dollars are spent on raiding, prosecuting, incarcerating and filing asset forfeiture suits against medical cannabis patients like Crispin - an average of $180,000 a day under the Obama Administration alone.

Cripin is married and a father to two one-month old twins. Going up to the 13th floor I was happy to see all of his friends and family there to support him.  They know Cripsin doesn’t belong in court fighting to stay out of prison because he chose to use and grow an alternative form of medicine legal under California law but illegal under the havoc-making federal government.

So far the U.S. Justice Department’s message to Crispin has been “give us all your assets and go to prison or we’ll take your case to court incarcerate you and seize your home and assets anyway.”  This show of confidence lies in the fact that those indicted on medical cannabis related charges have no ability to use a medical necessity or state law defense in federal court. Because of this most defendants are forced to take plea bargains rather than face the consequences of an unfair trial. Numerous medical marijuana defendants in California over the past couple of years have received mandatory minimum sentences of 5-10 years in prison.

This and all current medical cannabis prosecutions by our rogue Southern District United States Attorney, Laura Duffy flies in the face of the shift in policy Deputy U.S. Attorney General James Cole outlined in his August memo which promised to allow states to regulate medical cannabis without federal government interference.

In today’s hearing before Judge Dana M. Sabraw, the federal prosecutor, Marietta Geckos told the judge she had provided a copy of the U.S. Justice Department’s latest plea offer. The judge gave several weeks for Crispin and the other owner of assets the feds plan to seize - namely his father’s house - to evaluate the plea and decide if they can live with the offer. Crispin draws the line at going to prison for legal conduct and if the plea given to him is not satisfactory, his trial will begin November 18th at 9:00AM.

Cases like this highlight why we must go to court and bear witness to the federal government’s unfair policy of asset seizures against legitimate patients. Since 1996, when California voters approved medical cannabis for patients just like Crispin Price, the federal government has ruined thousands of lives trying to force their will across the nation.  In San Diego they are aided by our District Attorney, Bonnie Dumanis. With her Narcotic Task Force, Dumanis assists in all raids and assets seizure and gets kickbacks in the form of grants and assets.

To send a message to Congress asking them to read  What’s the Cost? click here. For more information on this case contact: Terrie Best at [email protected]