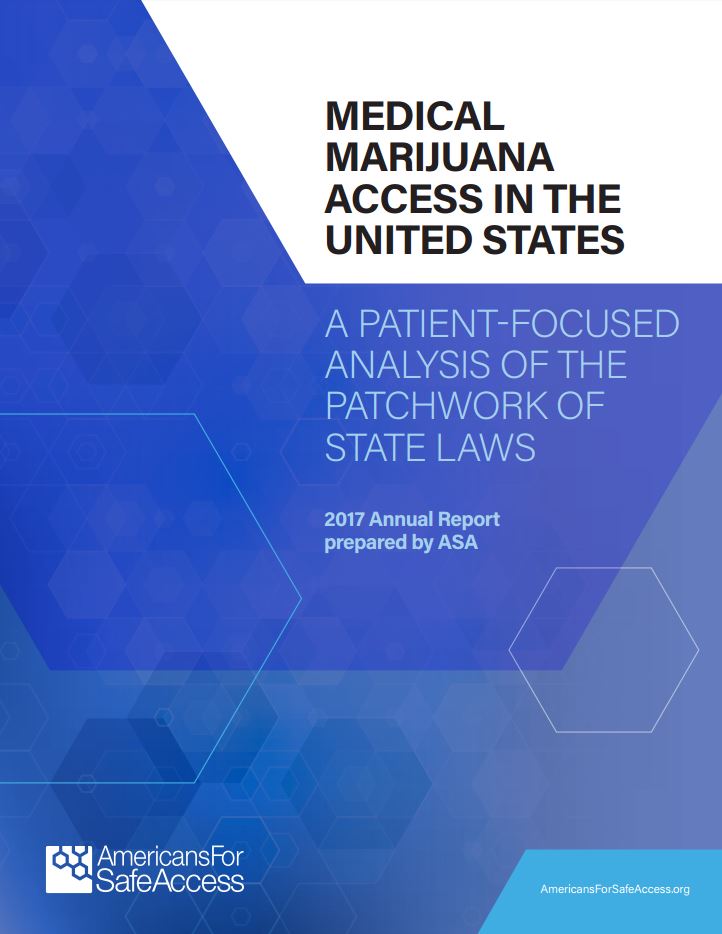 Americans For Safe Access is proud to announce the 2017 edition of our Medical Marijuana Access in the United States report. Beginning in 2014 ASA recognized the need to evaluate and compare the myriad of medical cannabis laws across the country. To this end we worked with our members and patients nationwide to develop a grading matrix that would indicate how well a states laws met the needs of patients.

This report is intended to help law makers and regulators learn from the successes and challenges faced by their peers in other states and get an objective evaluation of their own program.

The report uses a point system to grade each medical marijuana law on:

We're happy to report that despite the grades of a few states declining in 2016, overall our nation's grades are improving and we were excited to see some new states enter the report starting off on a very good foot.