Los Angeles, CA -- Patient advocacy group Americans for Safe Access (ASA) recently discovered that a second patient at Cedars-Sinai Medical Center has been denied a transplant in the past year because of their medical marijuana use. In response, ASA sent a letter today to the Cedars-Sinai Transplant Center on behalf of Toni Trujillo, a qualified medical marijuana patient who was removed from the kidney transplant list earlier this year.

Trujillo has had kidney problems for most of her life and has been on dialysis for the past 5 years, ever since an existing kidney transplant began failing. The letter urges the world-renowned hospital to promptly re-list Trujillo and change its policy with regard to medical marijuana. 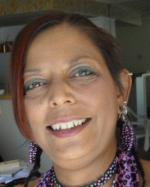 Trujillo came to California 2 years ago from Pennsylvania to take advantage of the specialized treatment offered by Cedars. When she began treatment at Cedars, Trujillo explained to her physicians that she was using medical marijuana as an appetite stimulant in order to increase her protein levels, a critical need for dialysis patients. Getting no push-back from Cedars on her medical marijuana use, Trujillo continued while waiting for her transplant. Then, in April, after being on a waiting list for 6 years, Trujillo was told over the phone that she had been de-listed because her medical marijuana use was considered "substance abuse." She was never sent a formal de-listing letter, confirming her status.

"Denying necessary transplants to medical marijuana patients is the worst kind of discrimination," said ASA Chief Counsel Joe Elford, who also authored the letter to Cedars-Sinai. "Cedars-Sinai would not be breaking any laws, federal or otherwise, by granting Toni Trujillo a kidney transplant, and it's certainly the ethical thing to do." Trujillo also commented about her predicament. "I don't know why Cedars would deny me a transplant simply because I use a legal medication that works for me," said Trujillo. "I hope they listen to reason and change their misguided policy, if not for me then at least for the others who will certainly follow."

Last November, ASA wrote a similar letter to Cedars on behalf of Norman B. Smith, a medical marijuana patient who was diagnosed with inoperable liver cancer in 2009. Smith's oncologist at Cedars-Sinai, Dr. Steven Miles, approved of his medical marijuana use as a means to deal with the effects of chemotherapy, but Smith was removed from the liver transplant list in 2011 because of medical marijuana, just two months before he would have been eligible. Last week, Smith was told he had 90-days to live.

Trujillo and Smith were both told that they must not only test negative for marijuana for 6 months to re-qualify for the wait list, but also take drug abuse counseling for the same period. Both are complying with the requirements and have chosen to forgo using medical marijuana, though it has a significant therapeutic benefit for them. Smith could especially benefit as he is currently undergoing chemotherapy for his cancer, and his appetite is severely diminished. It appears Trujillo and Smith may eventually be put back on the list, but at the bottom. Trujillo recently contracted peritonitis, a bacterial infection, as a result of her dialysis.

In addition to equating medical marijuana with drug abuse, Cedars has in the past relied on claims that Aspergillus, a fungus, could adversely affect patients who undergo transplants. However, no scientific links have yet been made between medical marijuana use, Aspergillus, and negative side-effects from organ transplants. The Trujillo letter was sent today to Dr. Andrew S. Klein, Director of the Comprehensive Transplant Center, and Dr. Stanley C. Jordan, Director of Kidney Transplantation at Cedars-Sinai.