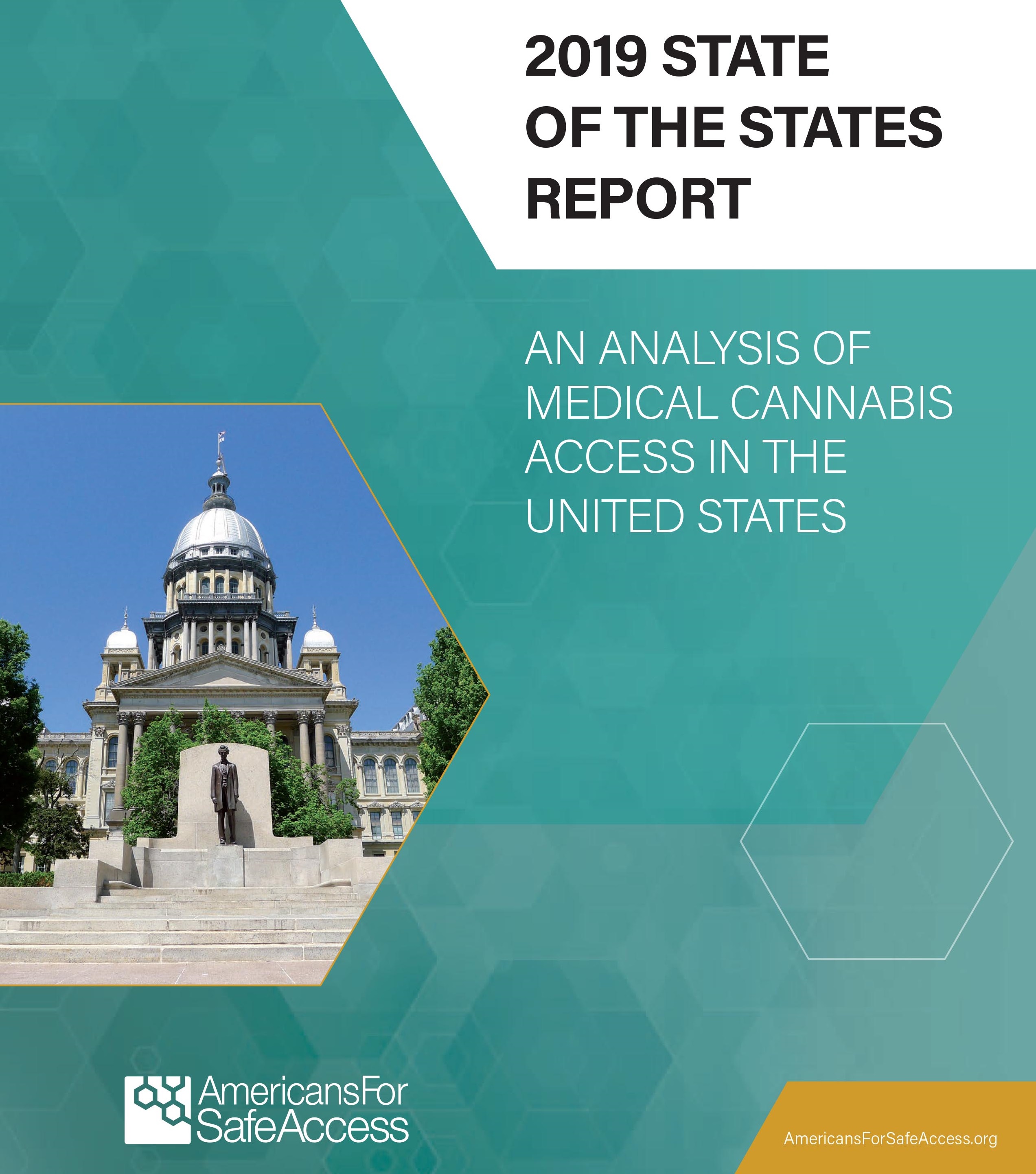 Washington, DC -- Americans for Safe Access (ASA) has released its 2019 report card titled,  “2019 State of the States Report: An Analysis of Medical Cannabis Access in the United States” in conjunction with the start of the National Conference of State Legislatures (NCSL) Legislative Summit in Nashville, Tennessee.

The nearly 200-page report provides a detailed analysis of the state of medical cannabis programs in 47 states, the District of Columbia, and four territories on a ‘A’ to ‘F’ scale. States were assessed in six categories: 1) Patient rights and civil protections; 2) Access to medicine; 3) Ease of navigation; 4) Functionality; 5) Consumer safety and provider requirements; and 6) Medical cannabis as a tool in combating the opioid epidemic.

Findings of the report also show that medical cannabis access has improved significantly nationwide since California first passed Proposition 215 in 1996. Between the 2018 and 2019 state legislative sessions  there were over 2,000 bills introduced across the country that dealt with creating or amending existing cannabis programs. While this flood of legislation is welcome progress, not all bills are created equal.

The State of the States Report also includes responses from a patient feedback survey of over 500 individuals. This survey revealed that even in states with adequate medical cannabis programs, affordability has been one of the most consistent critiques of patients and remains the single greatest challenge that patients face. While some states have worked to clarify the role of insurance and insurance companies when it comes to medical cannabis, no state has yet adopted a law that permits or requires insurance companies to cover the costs.

During the Legislative Summit, in which thousands of legislators are expected to attend, ASA will be handing out printed versions of the report to legislators as well as co-hosting two events in Nashville, TN  to discuss the report. In addition, ASA will be exhibiting at the NCSL summit. ASA’s booth number is 1216.

Check out the full report here.