The use of cannabis in response to the opioid crisis: A review of the literature

The Effects of Medical Marijuana Dispensaries on Adverse Opioid Outcomes

The Effects of Medical Marijuana Dispensaries on Adverse Opioid Outcomes

Posted on Research on Chronic Pain and Medical Cannabis by Marissa Valeri · September 25, 2017 10:43 AM 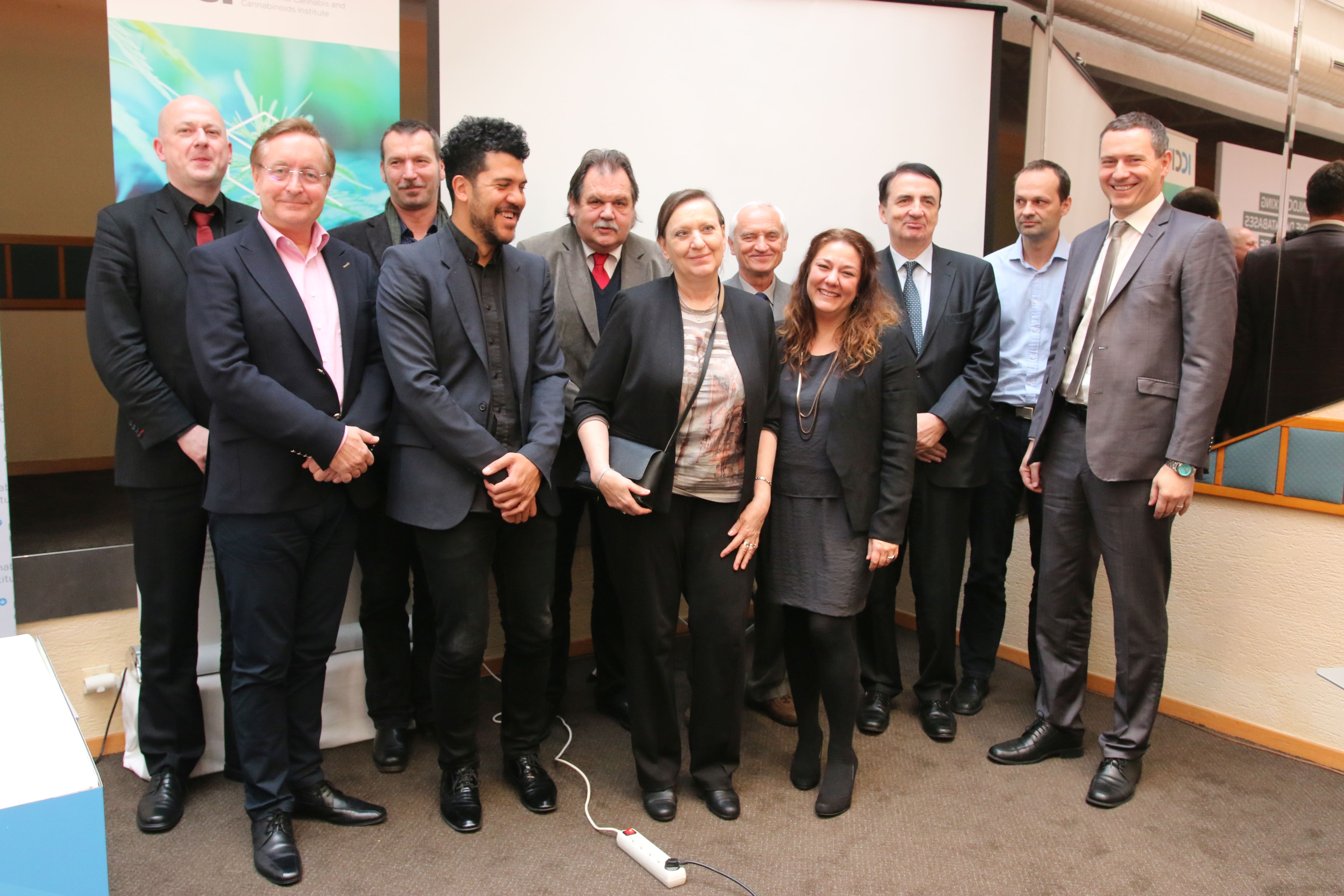 Today members of Americans for Safe Access (ASA), KOPAC and Dioscorides Global Holdings (DGH) were joined by the Minister of Health for the Czech Republic, Svatopluk Němeček to announce the establishment of a new research center, the International Cannabis and Cannabinoid Institute (ICCI) – intended to foster evidence-based exploration with a modern scientific approach to refine the therapeutic applicability of cannabis-based medicines in the Czech Republic.  ICCI will identify, coordinate and support global research priorities for the advancement of cannabis and cannabinoid treatments through a multidisciplinary evidence based approach that incorporates innovative tools and approaches.

“As a medical cannabis patient who has been benefiting from it use for 14 years, I have felt a responsibility to ensure that other patients in the US, and now globally, have the choice to utilize cannabis treatments,” said Steph Sherer, executive director of Americans for Safe Access. “The creation of the ICCI is an integral step in fulfilling that commitment. The work of the ICCI will remove barriers to access for patients globally by bringing together the current knowledge base for cannabis research as it relates to biomedicine, life sciences and policy sciences to create a platform for sharing, exploration and education.” 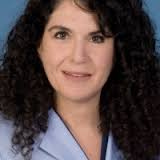 While significant attention is given to the adult use of marijuana, generally, the report recommends reframing drug use as "a social and public health issue and not a criminal justice problem," something we've been saying for years at Americans for Safe Access. High Crimes also recommends reclassifying marijuana for medical use. Citing the "[m]ounting scientific and anecdotal evidence" of marijuana's therapeutic benefits, the Guild rightly points out that "Rescheduling cannabis would allow for expanded medical research and use under international law."

The NLG report comes days after a report issued by Americans for Safe Access (ASA), detailing the social and economic costs of the federal government's war on medical marijuana. The ASA report entitled What's the Cost? is geared toward educating federal legislators on the consequences of that war, not only in terms of how it affects the prisoners, their families, and thousands of patients, but also how it impacts the average taxpayer and our federal budget.

U.S. Mayors Demand Change to Federal Policy, End to Crackdown on Medical Marijuana in Their Cities

Mayors from across the United States gathered in Las Vegas this past weekend for the 81st annual U.S. Conference of Mayors. In a watershed moment, mayors voted unanimously yesterday to adopt a  resolution "in support of states setting their own marijuana policies without federal interference." The resolution was introduced in advance of the conference by San Diego Mayor Bob Filner and co-sponsored by 17 other mayors from across the country. Yesterday's passage of the resolution came just days after medical marijuana advocates issued an alarming report detailing how the Obama Justice Department has spent nearly $300 million to undermine medical marijuana laws in the U.S.

In August 2012, I published an article based on my PhD research in the American Journal of Hospice and Palliative Medicine which documented symptom relief and health-related quality of life in a surveyed series of medical cannabis using patients in Washington State who were recruited from a medical cannabis dispensing site and were all drawing from the same batch of herbal cannabis.  You can read the article, entitled "Prospectively Surveying Health-Related Quality of Life and Symptom Relief in a Lot-Based Sample of Medical Cannabis-Using Patients in Urban Washington State", here and see the supplementary material here.  My colleague, Dr. Jahan Marcu, who blogs here, contacted me soon after the publication to do an interview by email with me about the article.   I wrote up the responses to his questions, but unfortunately, due to busyness and other competing demands, the interview never made it out into the blogosphere. Given that I now have this space to blog, and given that I presented a poster summarizing this data at the ASA National Medical Cannabis Unity Conference last month, I thought that I would share my interview here about this research.  I hope you like it!

In other news, the other poster I presented at the ASA Conference, "Cannabinergic Pain Medicine: Developing A Concise Clinical Primer and Surveying Randomized-controlled Trial Results" I also presented a few weeks later at the American Academy of Hospice and Palliative Medicine Annual Assembly in New Orleans where it received a poster award from the Scientific Subcommittee!  It was prominently displayed at the conference where ~2,500 physicians and nurses were in attendance.  Here is the publication that this poster was based on--the article was featured on the journal's cover  last month!

Thank you to Dr. Marcu for the great question prompts below on the article "Prospectively Surveying Health-Related Quality of Life and Symptom Relief in a Lot-Based Sample of Medical Cannabis-Using Patients in Urban Washington State"!

Posted on Blog by Matt Allen · March 19, 2013 3:47 AM
Following overwhelming approval of the medical marijuana ballot initiative in November, Massachusetts’ patients are waiting for safe access to their medicine as the state proceeds with implementation. We aren’t there yet, but so far progress is continuing in the right direction, thanks to the work of patient advocates from around the state. There have been a number of exciting advancements over the last several weeks.

The Attorney General issued a ruling that cities and towns cannot ban medical treatment centers from opening. Despite the overwhelming passage of the initiative that won in 350 out of 351 communities, a small minority of municipalities had attempted to forbid treatment centers from operating within their jurisdictions, largely based on unfounded fears about how treatment centers will work. Supporters within these towns have been frustrated with local officials’ attempting to overturn the will of the voters by passing bans. The AG has decided that these efforts are not legal, based on the reasoning that if one town can ban treatment centers, they all can. If that happened, implementation of the medical marijuana law would be impossible, and therefore these local bans are not permitted under state law. However, the AG also found that cities and towns can pass temporary moratoriums or zoning ordinance to address treatment center siting, as long as they do not ban the centers outright.

In other important developments, we saw an impressive turn out from patients at three recently convened listening sessions where the Massachusetts Department of Public Health (DPH) was soliciting input as the agency works on writing the regulations that will determine how the medical marijuana program will work. We thank Dr. Lauren Smith, Acting Commissioner of DPH, and her staff for making the time to travel around the state and listen to patients and others on issues regarding implementation.

The Massachusetts Patient Advocacy Alliance (MPAA) remains committed to making sure that patients, their family members, and medical professionals have a voice in the process. Once again advocates in Massachusetts have risen to the occasion, and we’ve proven nothing is more powerful than patients coming forward to speak about their experience. Read media coverage to hear directly from patient advocates at the Worcester session, Boston session, and Holyoke session.

Americans for Safe Access (ASA), (through their board member, Karen Munkacy MD) has been working closely with MPAA and DPH.  ASA has presented information on patient access, physician education, patient education, recommendations for dispensaries (written in collaboration with the American Herbal Products Association) and what is a reasonable 60 day supply of MMJ.

We expect draft regulations to be released at the end of March, and then there will be one or two public hearing(s) around April 19. The month of April will be a critical period for patients and others to formally submit testimony to DPH on how implementation should be carried out.


Sign up to be on our e-mail alert list at  compassionforpatients.com and visit us on facebook to stay updated about future meetings as we organize in preparation of the next hearing.

Posted on Blog by Sunil Aggarwal · March 14, 2013 9:35 AM
I am honored and delighted to be able to publish here for the first time a new comprehensive piece written by Dr. Lester Grinspoon, Emeritus Professor of Psychiatry at Harvard Medical School, entitled "Cannabinopathic Medicine". Dr. Grinspoon started writing this piece in 2012, when I was privileged to read an early draft and give editorial suggestions. He has been looking for a suitable venue for publishing it where it could be read widely. I am grateful that he agreed to allow me to use this blog space to share it. It is approximately 6,000 words and well worth a read. First, a brief introduction. Dr. Grinspoon, who is in his eighties, is a great physician and researcher who has been a co-author, instructive mentor, and guide of mine. He is known for his pioneering work on the social and medicinal uses of cannabis, but before that, he made significant contributions such as introducing the use of lithium in the treatment of bipolar disorder, the starting of the Harvard Mental Health letter, and many other achievements such as senior psychiatrist at the Massachusetts Mental Health Center in Boston for 40 years, fellow of the American Association for the Advancement of Science and the American Psychiatric Association, founding editor of the The American Psychiatric Association Annual Review, and editor of the Harvard Mental Health Letter for fifteen years, to name a few. It is a wonderful turn of events that Dr. Grinspoon's home state Massachusetts passed a voter initiative by wide margin to legalize the medicinal use of cannabis for patients with conditions that a physician believes may benefit from its use. That law went into effect this year and now, as of this month, Harvard Medical School-affiliated faculty, in collaboration with the Massachusetts Medical Society, are producing and editing AMA-certified continuing medical education online course series on the medicinal uses of cannabis, vindicating Dr. Grinspoon's remarkable foresight from over 40 years prior. Without further adieu, here is Dr. Grinspoon's latest piece on cannabis use, where we are going with it as a as society, and where we should be going. Cannabinopathic Medicine byLester Grinspoon, M.D.