Important developments in the federal courts and the state legislature 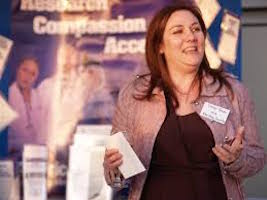 ASA Executive Director Steph Sherer visited six cities in California last week to talk about local and state medical cannabis policies. ASA will be reporting back on what she heard from members about our proposed “Points of Unity” for commercial medical cannabis regulations in the state and other issues soon.

A federal judge in Sacramento said last week that she was “very seriously” considering whether or not medical cannabis is misclassified by the federal government. Her ruling will affect nine defendants in federal court, but it may also have national implications. In a separate case, a judge granted the Berkeley Patients Group a temporary reprieve in a federal civil asset forfeiture case.

Assembly Member Marc Levine (D-San Rafael) introduced ASA-sponsored legislation to protect medical cannabis patients who need an organ transplant. Meanwhile, lawmakers have started the controversial debate about regulating commercial medical cannabis activity in the state. Read about a new law enforcement-sponsored bill to license medical cannabis business and another measure to prevent negative environmental impact associated with medical cannabis growing below. These are just two of the growing number of medical cannabis bills on the table in Sacramento this year.