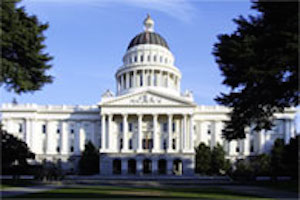 In considering those decisions, is important that lawmakers and regulators treat medical cannabis like real medicine. We tax and regulate vices, such as alcohol and tobacco, in a fundamentally different way than we do medicine. We would never erect barriers to obtaining heart medication, but we do take steps to discourage tobacco use.  Likewise, we would not tolerate a sin tax on insulin or chemotherapy, even if the revenue was dedicated to a laudable goal. Lawmakers must resist the temptation to lump medical and non-medical cannabis use together when making policy choices.

A study published in 2014 shows that of the 1.4 million Californians who have used medical cannabis, almost all (92%) report cannabis helped treat the symptoms of a serious medical condition. The study challenges the commonly held perception that medical cannabis is being overused by healthy people and demonstrates that the state’s medical cannabis laws are providing real relief to many Californians (“Prevalence of medical marijuana use in California, 2012”, Drug and Alcohol Review (2014), DOI 10.111/dar. 12207).

This groundbreaking report is the first based on a large dataset representative of the state’s population. The California Behavioral Risk Factor Surveillance System, which is an ongoing cross-sectional telephone survey, interviewed more than 7,500 Californians in English and Spanish, making this the most comprehensive scientific study of cannabis use in California ever conducted.

The results refute smaller studies that suggest most users are young white males. Researchers found that medical cannabis was used at similar rates by men and women, the young and the old, patients with high and low levels of education, and in various regions of the state.

This rigorous evidence that medical cannabis is commonly used throughout the state by a diverse population, and that it is highly effective in treating serious conditions, matters right now. Lawmakers are considering new legislation this year regarding taxation, commercial licensing, patients’ rights, and more. Those important decisions will affect medical cannabis patients and other stakeholders and need to be informed by facts, not anecdotes, misperceptions, or bias.

In the meantime, we need everyone who is going to make a decision about medical cannabis this year to understand that medical cannabis is medicine for real. That is important because decisions made about genuine medicine will be fundamentally different than those we make about regulating alcohol, tobacco, or non-medical cannabis. The idea that most medical cannabis users are not really sick or that their use is not medical is misinformation. The research says otherwise, and our local and state policies should reflect the critical role medical cannabis plays in the treatment of California patients.