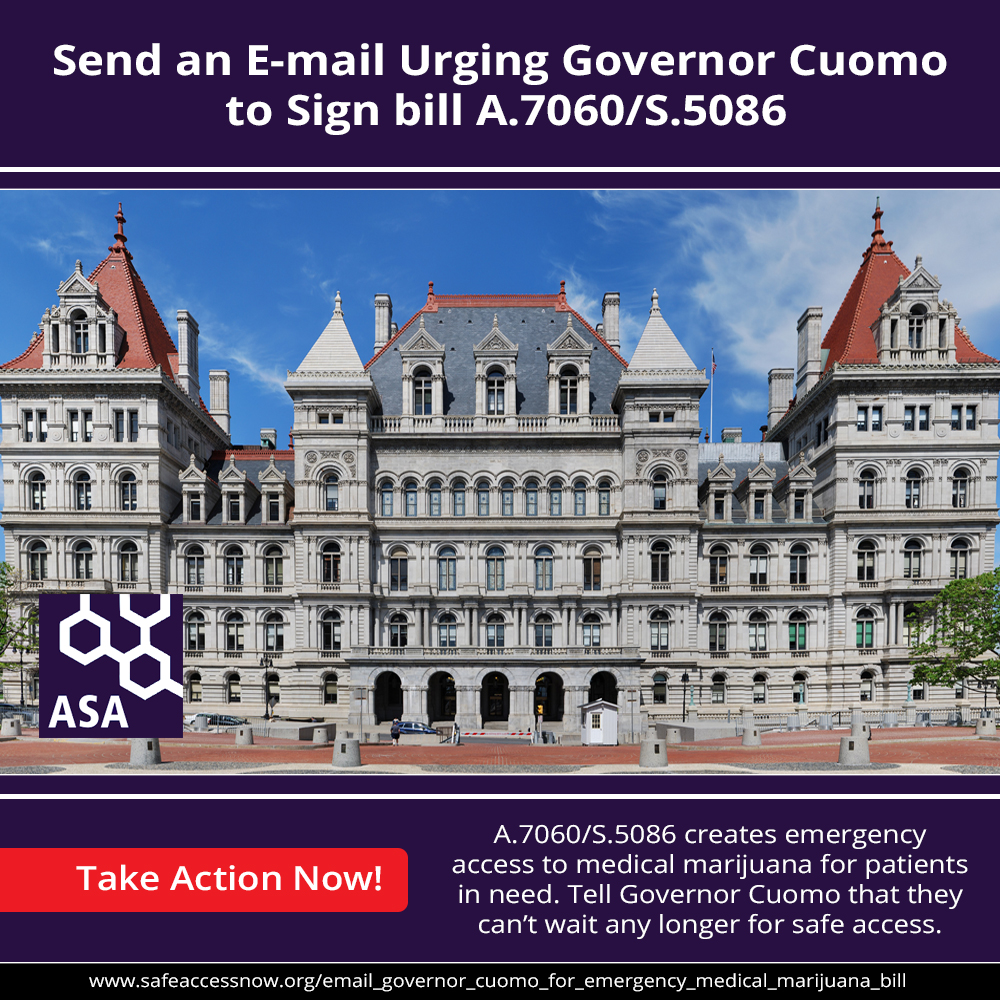 On Friday, the New York State Assembly delivered a bill to Governor Cuomo to give critically ill patients emergency access to medical marijuana before it’s planned to become available statewide in January. The governor has until Nov. 11 to sign or veto bill A.7060/ S.5086, which passed with overwhelming bipartisan support in both houses of the legislature in June.

The bill, introduced by Assembly Health Committee Chair Richard N. Gottfried and Assembly Minority Leader Brian M. Kolb, comes 298 days after Governor Cuomo signed the medical marijuana bill into law on July 5, and nine months after the Governor urged the Health Commissioner to do everything in his power to get medical marijuana to children suffering from life-threatening forms of epilepsy. Not one patient has been able to benefit from these laws yet.

Will you please take 5 minutes to send this pre-written email to Governor Cuomo to urge him to support A.7060/ S.5086?

Some patients may not survive the eighteen months that the Governor has said is necessary to get this medical marijuana program up and running. Currently, families with loved ones in critical conditions are forced to either break the law in New York or relocate to a state with safe and legal access. Just last month, longtime medical marijuana advocate Beverly McClain, who had metastatic cancer, passed away without ever benefiting from the law she helped pass.

Everybody deserves a chance. No one should be denied access to health care that has the potential to save a life. Please take action today to ensure that patients that are critically ill receive the health care they need.

Now is not the time to sit on the sidelines.  Five minutes of your time could help save lives.